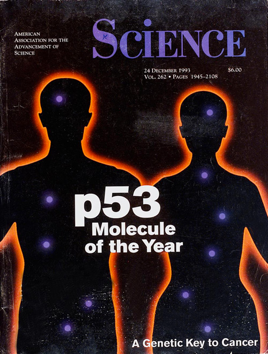 Tumor suppressor genes code for proteins which protect cells from one step on the path to cancer. These proteins can sense DNA damage and prevent cell division in order not to pass on the damage to the daughter cells. Tumor suppressors have damping effects on the cell cycle and can promote cell death (apoptosis). One of the most important tumor suppressors is called p53, also known as “the guardian of the genome”. P53 has been nominated as the molecule of the year in 1993 by the journal Science. However, I felt it’s time to acknowledge these guardians with a little poem:

After swords have been crossed
and the fight is over and lost
You bring some decent roses
to the cell’s funeral: the apoptosis.