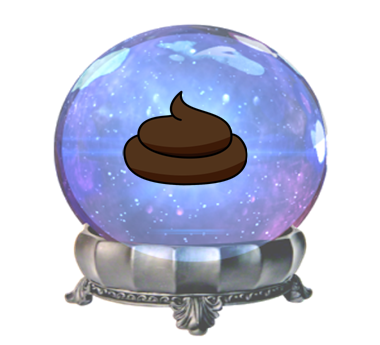 It sems that palm reading will sooner or later be replaced by poop-reading. The human psyche is complex and accumulating evidence shows that it is not only ‘us’ beeing responsible for our moods, feelings, and personality. Our brain is massively influenced by the composition of our subtenants: the bacteria. A human carries ten times more bacteria than own cells, an entity called the „microbiome“.

Bacteria suffer from bad reputation but most of them are harmless and some are useful and necessary for our survival. Bacteria regulate our metabolism and educate our immune system. We get the first dose of bacteria from our mum’s birth canal and by breastfeeding and our bacterial fingerprint will always resemble that of our mum.

Gut bacteria are using a can phone, the so called vagus nerve, to signal between the gut and the brain. The spoken language is a cocktail of neurotransmitters, which are synthesized and understood by brain cells and bacteria. Studies have found that the microbiome of depressed people has a different composition than that of happy people (1). Instead of Prozac and Valium, yoghurt enriched with good bacteria could be the treatment of these conditions in the future (2). 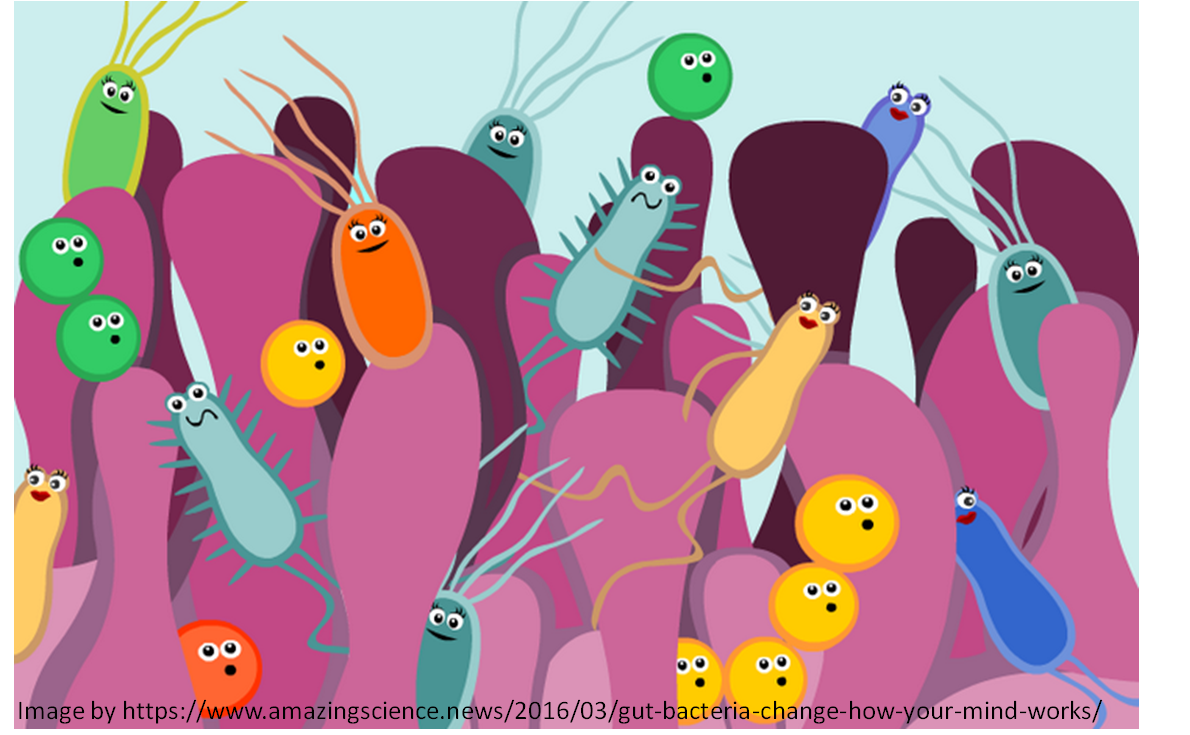 Our bacterial companions can also manipulate our behaviour for their own needs. The feeling of happiness is induced by a specific neurotransmitter which can be synthesized by gut bacteria. Happy people are more social and more motivated to go out and meet other people which in turn gives our bacteria the chance to spread and exchange with other bacteria (3).

But our microbiome also seems to influence our partner choice: A study found that we choose our partners according to the similarity of our (mouth) microbiome (4). This decision makes sense from an evolutionary perpective: the more similar microbiomes are, the lower the challenge for the immunesystem and the threat for our health. An approach that could revolutionize dating platforms like Tinder and co…

Considering the above metioned, it is not absurd that scientists experiment with poop transplants (Fecal Microbiota Transplantation, FMT) in order to treat gut but also mental diseases. Stool from healthy donors is introduced into the guts of patients with the hope that the good bacteria will settle down and re-colonize the gut (5).

I hope, I could give you a new insight into the „gut feeling“. And always remember: Bacteria is the only culture some people have…