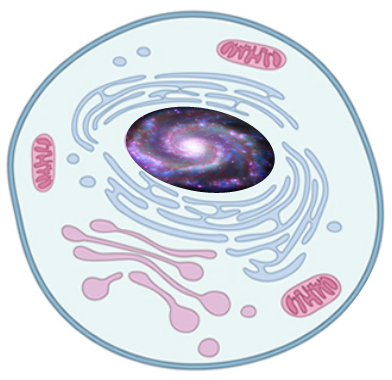 The unknown of the outer space fascinates humankind since ever: the universe, it’s galaxies, stars, dark matter, black holes and extraterrestrial life. Every galaxy consists of a particular arrangement of stars, dust, gas, and (potentionally) dark matter. A galaxy has a certain position within the universe but galaxies are not static; they can move within billions of lightyears and interact with other galaxies. The detailed analysis of the universe from the earth is limited by resolution, which is impaired by the earth‘s atmosphere, the gigantic distance to the objects of interest and their amount of light emission. Since 1990, the Hubble Space Telescope sends images from outer space with constantly improved resolution. 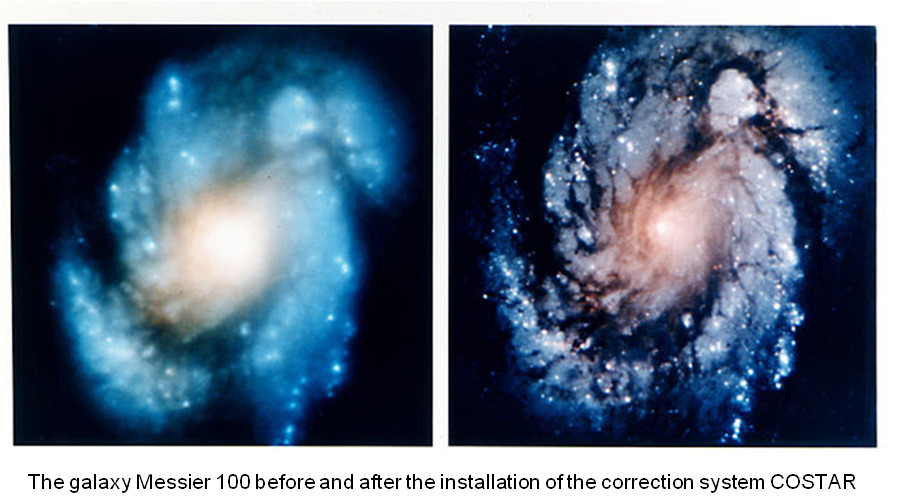 But there is another universe, also hardly explored, but tiny and as close as it could be since it is located in ourselves, inside the cell nucleus. This universe consists of chromosome-galaxies, gene-stars and the dark matter of junk DNA. Like the Hubble Telescope, scientists developed super-resolution microscopy techniques to overcome the limitations of resolution and now we begin to understand which dynamic and functional wonderland exists inside us: the nucleus-universe. 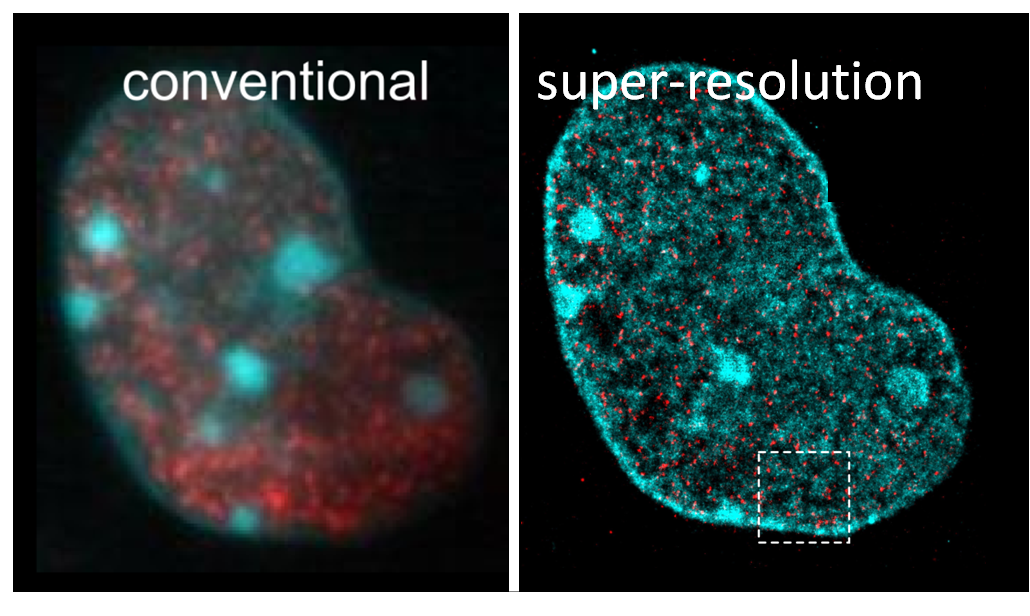 It was thought that the interphase nucleus, where chromosomes are decondensed and gene trancription takes place, resembles a plate of spaghetti. But actually, chromosomes occupy distinct territories inside the nucleus and form genomic galaxies which contain genes and “junk-DNA”. This junk-DNA is not coding for proteins but is supposed to have gene regulatory functions. Unlike postulated dark matter, it is proven that non-coding DNA exists, but as for dark matter, we don’t know much about it, yet. Within genomic galaxies, DNA-sequences interact via looping and protein space shuttles cruise through channels between them to mediate gene transcription. Genomic galaxies are very dynamic and the whole nucleus-universe can adapt it‘s landscape to environmental disturbances in order to adjust the genetic programme. 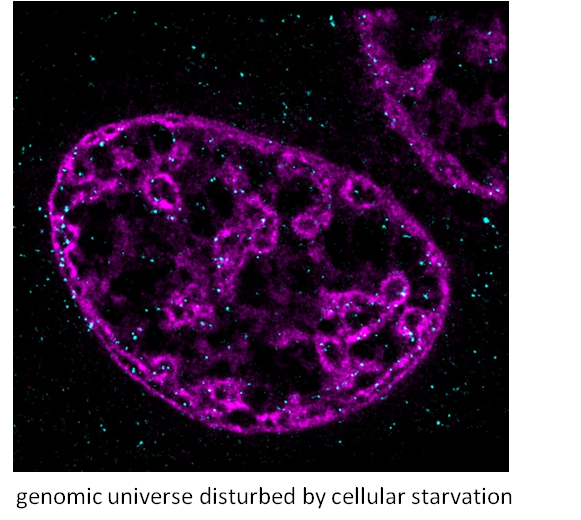 A whole new research field has evolved, which investigates the 4D Nucleome: the three-dimensional organisation of the nucleus-universe in space and time. As you see, a biologist can also be a kind of astronauts!